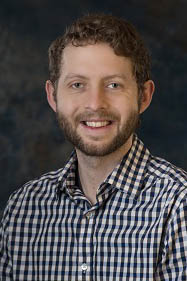 In recent years, Autism and, more recently, Autism Spectrum, have entered the common lexicon but for many there is still mystery about what exactly it means and how it is recognized and treated. Autism is a developmental neurocognitive disorder that is usually diagnosed in children and has been dramatically increasing in the past several years. The fundamental characteristic that embodies all Autism Spectrum Disorders, from mild to severe, is social impairment. Children with an Autism Spectrum Disorder are born with social deficits that cause distress and make all interpersonal relationships more challenging. These deficits are not just simply being awkward, shy, and lacking friends, but an inability to maintain eye contact, a lack of understanding nonverbal cues and difficulty expressing and understanding emotional states in themselves and others. These deficits also vary greatly depending on the child which constitutes the need for the spectrum.

Autism has been classified into three different diagnoses previously utilizing the DSM-IV and one diagnosis with three varying levels with the new diagnostic manual the DSM-V. The three levels can be characterized as severe, moderate, and mild or Autism, Pervasive Developmental Disorder, and Asperger’s Disorder. All levels are characterized by significant social impairment. The most severe level often entails an inability to communicate, intellectual disability, repetitive behaviors, and requires the most care. Moderate entails some speech or communication deficits, repetitive behaviors, and sensory issues, but does not require as much care as the severe level. Mild or Asperger’s Disorder does not entail any speech or language impairments and often have either average of above average cognitive abilities.

Parents are often worried that their child may have an Autism Spectrum Disorder. Here are some symptoms that categorize many children with an Autism Spectrum Disorder: speech or language problems, prefers to play alone in all settings, avoids eye contact, struggles greatly with transitions, does not initiate social contact, has heightened sensory sensitivities, is unable to engage in imaginative and cooperative play, unable to engage in conversations without monopolizing, and has an almost obsessive interest in something. In children these symptoms are often accompanied by maladaptive behaviors such as self-injurious behaviors, extreme temper tantrums, inability to listen and follow directions, and lack of empathy. These maladaptive behaviors are also symptoms of many other diagnoses and it is important to have the child psychologically evaluated to rule out a potential Autism Spectrum Disorder as early intervention has the best prognosis.

Treatment for Autism requires a team effort including speech therapy, occupational therapy, therapists, school staff, parents and, most importantly the community at large. Individuals with an Autism Spectrum Disorder are often misunderstood and put in a box. As you now know there is a wide range of symptoms associated with the spectrum and therefore the difference between any two individuals with Autism can be stark. Although Autism is an incurable condition, people on the spectrum can learn social cues, improve their understanding of emotions, have rewarding and long lasting friendships, get married, have children, and ultimately be productive members of society. Though people on the spectrum often present with a flat affect (expression) and do not readily display a wide range of emotions, but they experience the same shame, rejection, disappointment, sadness, loss, and pain as all of us. I challenge you to think differently, be empathic, be patient and understanding, and take steps towards people on the spectrum even if they are turned away.

Dr. Maxson is a licensed clinical child psychologist who works at Intermountain in Helena, Montana and specializes in psychological assessment with children between the ages of 3-18 years old. Dr. Maxson has assessed numerous children on The Spectrum and will be pursuing more specialized training in assessment for Autism Spectrum Disorders.