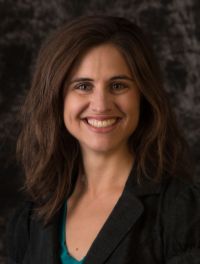 Recently, a young girl was brought to my therapy practice by her mother.  The girl had attempted suicide a week earlier, which was a sudden and

traumatic alert that her daughter was struggling with depression.  The first therapy session held more surprises as the daughter revealed she had been feeling very depressed for over a year.  With both genuine shock and concern, her mother asked why she had never told her mom about her feelings.  The hopelessness so often prevalent in depression shone through the young girl’s response; “I didn’t talk about my feelings because I didn’t think it would help.”  For over a year, this young girl attempted to cope with her depression as well as her overwhelming hopelessness on her own.

Unfortunately, this is not the first time I have witnessed this interaction between parent and child in my therapy office.  Parents are sometimes caught off guard by the extent of their teen’s emotional challenges and attempts to cope with these challenges. Often, teens are confused by their own emotions, have difficulty putting their experiences into words or knowing how to ask for help.  Trying to communicate their emotional struggles—or even understand them—teens often attempt to cope in isolation.  They may withdraw from important people and activities that are creating anxiety.  Ongoing feelings of sadness may been seen through increased irritability, conflict and even aggression.  They may begin to use of substances to numb or dull the intensity of emotions.  Self-harming behaviors such as cutting or burning on the body are also sometimes used to create physical pain as a distraction from intense emotional pain.

And though these attempts are unhealthy and often downright dangerous, they can also be understood if we compare them to our own attempts to cope with physical pain. Think of having a sore back.  You may be able to shift your sitting or standing position to offer some temporary relief, but if the pain is being caused by a slipped disc or pinched nerve, the pain will return and will likely intensify and worsen if measures to address the underlying issue are not taken.  A more effective approach might be going to the doctor to have your back examined and then following through with recommendations like physical therapy or surgery.  Obviously, while having much more positive and lasting outcomes, these measures also will take more time and effort.  Additionally, we cannot fully execute these measures on our own, but will need the partnership of a medical professional and also likely the support of friends, family and co-workers to effectively heal.

Effective coping for mental health challenges is much the same.  Often the first step toward is to identify and talk about the problem.  Besides clueing others into the problem, the simple act of reaching out to another person to share emotional struggles can be cathartic in and of itself.  Feeling cared about, understood and experiencing the compassion and concern from another person can lessen the intensity of feelings of anxiety or depression.  As a parent, you are in the perfect position to provide this support to your child.  When your teen shares emotional difficulties with you, you can further open communication by asking them how you can help.  They may want a listening ear and a shoulder to cry on or they may want advice—let them guide your response. Wonder with them about specific stressors or fears that may be impacting their mood, but if they aren’t able to identify anything specific, don’t get stuck there.  The biological component of a mental health challenge may make it difficult to identify situations or reasons for experiencing emotional shifts.  A continued focus on identifying “why” will likely shut-down communication from a teenager.

An empathic response from you will help your teen to feel understood, opening the door to identifying any underlying issues and effective coping strategies. Strategies may include increasing activities that produce dopamine and endorphins such as spending time outside, exercising, eating well and getting enough sleep.  Relaxation techniques or taking planned and frequent breaks from stressful or anxiety producing tasks may also be useful.  Above all, parents should continue to support and encourage an ongoing conversation with their teen about their emotional health.  Parents also need to be aware of when their teen may need professional assistance.  Two weeks is a good guideline, meaning, if a teen is experiencing feelings of depression, hopelessness or anxiety lasting two weeks or more, a referral to a mental health professional is warranted.

This is the second in a three-part series about depression and anxiety in youth. Next month: Preventing Teen Suicide.