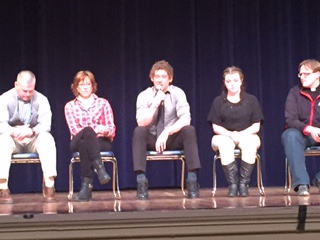 It was a long time before I realized that I wanted to become a psychologist. I was four years old when I first considered a long-term vocation. At the time, I was certain that I would grow up to ride dragons and partake in legendary misadventures. By my ninth birthday, I had instead realized that … Read more Intermountain Psychology Resident and Child and Family School Therapist, Julian Nolen